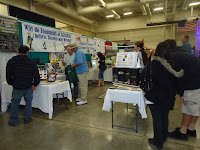 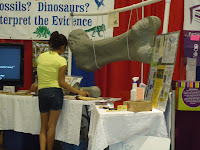 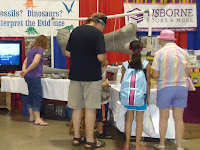 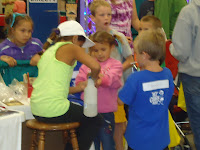 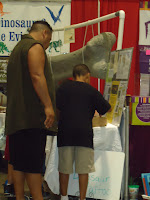 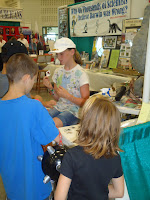 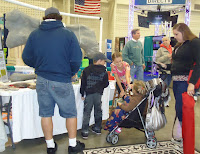 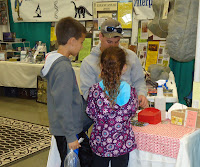 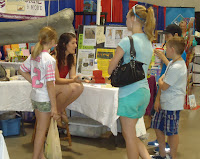 Will we soon know the color of dinosaur skin?

University of Regina researcher Mauricio Barbi holds a hadrosaur skin sample that he and his colleagues hope will still contain melanosomes, the cellular organelles that contain pigments that control skin colour. “If we are able to observe the melanosomes and their shape, it will be the first time pigments have been identified in the skin of a dinosaur,” he said. “We have no real idea [yet] what the skin looks like. Is it green, blue, orange …”1
by David Catchpoole

Such is the power of the dinosaurs-died-out-millions-of-years-ago paradigm, that it not only limits what scientists expect to find, but also bizarrely affects how they view ‘unexpected’ evidence when they do find it.
The discovery of hadrosaur (duck-billed dinosaur) skin near Grande Prairie, Alberta, Canada, is a classic example. University of Regina researcher Mauricio Barbi recounts: “As we excavated the fossil, I thought we were looking at a skin impression. Then I noticed a piece came off and I realized this is not ordinary—this is real skin. Everyone involved with the excavation was incredibly excited ….”2
Their excitement is understandable. Everybody is taught that dinosaurs became extinct millions of years ago yet here is a piece of real skin. No wonder they didn’t expect to find it, and initially thought it must have been only a skin impression. The basic question arising from the discovery ought now to have been, “Why is it that we’ve been taught these fossils are millions of years old, when here quite plainly is evidence to the contrary?”
Instead, Mauricio Barbi and colleagues are trying to answer their question: “how the fossil remained intact for around 70 million years.”
They plan to use the Canadian Light Source (CLS) synchrotron to look at melanosomes—the cellular organelles that contain pigments that control the colour of an animal’s skin.

Mauricio Barbi and colleagues are trying to answer their question: ‘how the fossil remained intact for around 70 million years.’
“If we are able to observe the melanosomes and their shape, it will be the first time pigments have been identified in the skin of a dinosaur,” said Barbi. That will determine if the hadrosaur skin was green or grey like most dinosaurs are currently portrayed, or a completely different colour.
CLS scientist Tim May is also amazed: “It is astonishing that we can get information like this from such an old sample.”
And Barbi further mused: “What’s not clear is what happened to this dinosaur and how it died. There is something special about this fossil and the area where it was found, and I am going to find out what it is.”3
If only these researchers could look at the world’s geological and fossil evidence through the biblical framework of a 6,000-years-ago Creation and 4,500-years-ago Flood timeline, they would be way less incredulous.

Dino skin “glossy and black, unlike anything I

had ever seen in the field before”

Flickr/CLS Research Office (CC BY-SA 2.0)
The photo at left shows part of the hadrosaur skin sample found in a
remote area of northwestern Alberta known as the Wapiti formation.
It was found by paleontologist Philip Bell, who trawls the dry riverbeds
there every summer, looking to see if the spring runoff has exposed
any fossils. Sure enough, in June 2012 he and his team came upon a
cliff that had collapsed, revealing dinosaur remains.“I first picked up
a bit with skin impressions, and I thought, great, there should be more
in there,” he said. “We immediately changed our approach to make
sure everything was kept in pristine condition. Soon, we hit upon a
section of skin that was glossy and black, unlike anything I had ever
seen in the field before. We looked at it closely, and realized that it
had a three-dimensional structure.”4 Now, does Dr Bell consider
that the standard textbook slow-and-gradual processes were at
work to preserve this skin so exquisitely? Despite believing in
millions-of-years and evolution, he says: “Obviously skin is
something that decays rapidly, so the fossilization must have been
incredibly fast.” For some enlightening material on how such
fast fossilization could occur, Dr Bell would do well to read our
articles Deluge disaster and
Dinosaur herd buried in Noah’s Flood in Inner Mongolia.