Recently, I had the opportunity to visit the American Museum of Natural History in NYC. I especially was interested in their famous dinosaur displays. What I found there were some nice displays that show the amazing creatures dinosaurs were....and a lot of fairy-tale like stories of their history. My husband and I talked with a lot of other visitors who noticed the same thing. We discussed with them the Biblical perspective of their presence on earth and the likely reason for their demise (The Biblical Flood and harsh world following).

Can't See the Forest for the Trees

Evidence for Creation › Evidence from Science › Evidence from the Life Sciences › Life Was Created Fully Functional › Variation Is Limited within Kinds
http://www.icr.org/article/8994/ 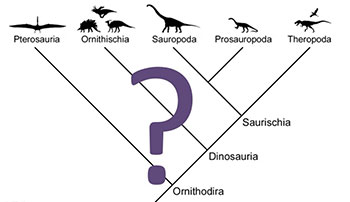 At the 75th annual meeting of the Society of Vertebrate Paleontology, held this year in downtown Dallas, the world's foremost fossil experts presented scores of research summaries. Researchers described extinct giant mammals from Argentina, one-of-a-kind bird fossils from China, and good-old North American classic dinosaurs. Amazingly, almost all of these fossil descriptions included phylogenetic (evolutionary) tree diagrams. Today's paleontologists show a religious-like devotion to fit their finds in an evolutionary tree. And with equally amazing regularity they describe problems with this process of constructing evolutionary trees. Are these problems significant enough to cast doubt on the whole exercise?
One poster described a duck-bill dinosaur (hadrosaur) called Tanius from China and provided two different phylogenetic tree options—an inadvertent but open admission that they don't really know which scenario is correct. Maybe neither. The poster authors wrote, "Tanius sinensis shows a complex of derived and primitive characteristic generating considerable character conflict and resulting in a loss of resolution among non-hadrosaurid hadrosauroids."1 In other words, instead of revealing itself as between other evolutionary forms, Tanius looked quite unique.
*Mr. Thomas is Science Writer at the Institute for Creation Research.
Article posted on October 28, 2015.
Posted by Profile at 10:44 AM

Refreshing Truth for a Cursed World

Dwelling with God: From Eden to the New Jerusalem 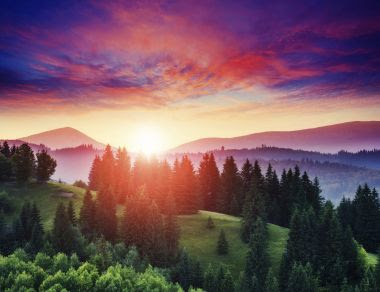 God created human beings in His image and with the unique capacity for relationship with Him out of the rest of the physical creation. God’s plan has always included dwelling with His people in a place characterized by holiness, and we can see that theme all throughout Scripture.

Eden was the first place where God communed with man, and its description conveys what the earth was like before sin corrupted it.

“A constant in this passage is the bounty of God’s goodness to his special creation through a beautifully complete environment with luscious verdant herbage and a land rich in water and precious stones.”1

Eden was the first place where God communed with man.
It was a perfect garden paradise with all types of fruit trees and it was well watered by four rivers. Adam’s job was to tend and keep the garden. Interestingly, these same words would later be used of the priests’ service in the Temple (Numbers 3:7–8; 8:25–26; 18:5–6; 1 Chronicles 23:32; Ezekiel 44:14). “Adam was to begin by ruling the garden for God and presumably to extend God’s reign over the whole earth.”2
Eden was a place God came to commune with Adam and Eve, and because there was no sin, there was no need for sacrifices for sin. However, once Adam sinned, that fellowship was broken and Adam and Eve could not stay in the Garden. They were driven out so they could not eat from the Tree of Life and cherubim and a flaming sword were placed at the entrance so they could never return.

While God appeared to people, He did not dwell continually with anyone until the exodus of Israel from Egypt. God’s presence with them symbolized their favoured position as His nation and the people the promised Saviour would come from. He instructed them to build Him a tent so that He would have a dwelling with them. As Scripture elsewhere makes clear, He did not need a house, and He could not be contained in one in any case (1 Kings 8:27). However, it was a powerful symbol and became a central part of the Israelite religion.
Moses was given strict instructions about how to make the tabernacle, and he was warned not to deviate from it. The author of Hebrews says that Moses was shown the heavenly tabernacle, of which the earthly tabernacle was a copy (Hebrews 8:5).
The tabernacle, like Eden, had only one entrance. As one approached closer to the Holy of Holies, the materials became more costly and luxurious. On the outside, the curtains that formed the walls for the tabernacle were plain skins, utilitarian and chosen to withstand the elements. The metal elements were made of cheap bronze. But inside the materials were silver, then gold. The curtains were embroidered with cherubim—the same creatures that guarded the entrance to Eden ‘guarded’ access to God in the tabernacle.
wikipedia.org 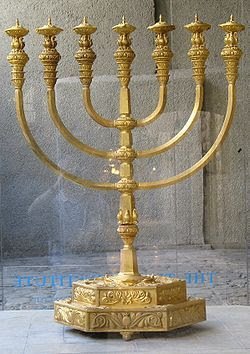 A reconstruction of the lampstand (Menorah) of the Temple created by the Temple Institute
Most Israelites never entered the Tabernacle. “Indeed, the whole structure of the tabernacle emphasizes that God’s presence cannot and must not be entered casually.”3
Rather, they worshipped and sacrificed in the courtyard. The priests could enter the tabernacle to perform their duties. There they would see the altar of incense and the table of the Bread of the Presence, both of which were wooden, overlaid with pure gold, and all the utensils associated with them were also golden.
The other piece of furniture, the most glorious feature most priests would ever see, was the lampstand. It served a practical purpose—the tent was an enclosed space that did not allow sunlight in, so lamps were necessary to allow the priests to see so they could do their work. But it also had important symbolism.
The lampstand was specifically designed to look like a flowering tree with almond blossoms, and some of these blossoms would hold the lamps. The menorah which is used in Jewish worship today is modeled after this lampstand. When it was properly outfitted with the lamps and lit, it would fill the entire tent with light. Most commentators see a clear reference to the Tree of Life in the lampstand.

The Ark of the Covenant

The most intricately-crafted item in the tabernacle was something most people would never see—the Ark of the Covenant. The ‘lid’ of the Ark was the mercy seat—a solid gold slab which perfectly fit over the top of the Ark. Two cherubim were crafted on the top of the mercy seat, and their wings overshadowed the mercy seat. The Ark was appropriately ornate, as it represented the most holy place where the Presence of God dwelled.
Whenever the tabernacle was dismantled to be moved from place to place, a select few priests were entrusted with the task of covering the Ark with special covers which would protect the Ark and shield it from view; the only other person to ever see the Ark was the High Priest, and then only once a year, when he would enter the Holy of Holies to atone for the sins of the people.

Solomon’s Temple continued some of the motifs present in the Tabernacle. Cherubim guarded the holy place (1 Kings 6:23–28). The palm trees, flowers, and pomegranates decorating the Temple recall the garden paradise (1 Kings 6:29–32; 7:18–20). Because it was larger than the tabernacle, the Temple had not one, but ten lampstands, five on the south side and five on the north side. The Holy of Holies was a perfect cube, overlaid with gold which would symbolized the glory of God.

Solomon’s Temple was destroyed when Judah was conquered and sent into exile; this was God’s judgment on their idolatry. But God promised to restore Israel, and to pour out His Spirit on them (Ezekiel 25–29). In this context, God showed the prophet Ezekiel a vision of a temple. The structure in Ezekiel’s vision had obvious reference both back to Eden and looking forward to the New Jerusalem.
Because God is unchanging, it shouldn’t surprise us that there is continuity in how He presents Himself and the place where He communes with His people.
Cherubim and palm tree motifs featured in Ezekiel’s Temple (Ezekiel 40:16, 22, 26, 37, 41:18–20; 25–26). The temple featured square dimensions (few height dimensions are given), with the altar in the very center of the square. When the glory of the Lord fills this temple, it makes the very land glow, terrifying Ezekiel (43:1–3).
Water flowed from the temple eastward (through the gate that remained closed because God had entered through it). This unusual stream started as a trickle, but grew to be an impassible river. The water of the river was life-giving; the fertile soil on its banks supported fruit trees on either side (Ezekiel 47:7), and the leaves of these trees are said to be for healing (Ezekiel 47:12). The river flows into the Dead Sea and revives the ecosystem there, allowing many fish to live there (Ezekiel 47:8–10).

When Israel returned from exile, the temple they built did not live up to the glory predicted by Ezekiel, and today, Christians are said to be themselves the Temple of the Holy Spirit (1 Corinthians 6:19–20). But even Ezekiel’s temple pales in comparison to the complete restoration of the Heavens and Earth predicted in Revelation.
After the complete defeat of all God’s enemies, the New Jerusalem is presented descending from Heaven—Heaven and Earth are ‘married’ as God makes His permanent dwelling place with His people. The entire city is radiant with the glory of God, and made of the most precious gold and jewels. It is presented as a perfect cube (as the Holy of Holies was), and huge enough to contain all the people of God from every age with plenty of room to spare.
The New Jerusalem has no Temple; in a sense, it is a temple. There is no need to keep sinners away from God’s presence, because there will never be sinners there. A river like from Ezekiel’s Temple flows from the throne of God and of the Lamb (Revelation 22:1), and the Tree of Life, now a huge orchard, grows on either side, yielding abundant fruit with healing leaves (Revelation 22:2). The New Jerusalem will be unimaginably beautiful and radiant, but by far the greatest privilege will be the immediate access to God believers will have there.

Because God is unchanging, it shouldn’t surprise us that there is continuity in how He presents Himself and the place where He communes with His people. When we look at the places where God chose to dwell, we see that it is pointing toward the New Jerusalem where once again sinless people will dwell with God—this time with no possibility of another Fall.


Phase I goal is met! The trailer has been ordered and is to be built the week of Nov. 16th!
Phase II is now underway. Phase II entails displays, outer wrap, security measures, etc. I will update frequently. THANK YOU!