The article below (and continued at the link) is scientific confirmation of the historical accuracy of the Bible. The study confirms what the Bible states, man has been "devolving", or going in the opposite direction of "evolution". After sin and death came into the world, genetic mutations began and just keep getting worse with each generation. Modern man is only a shadow of what God created man to be. We wait for the return of Christ when the curse will be gone, yet we rejoice now that the price for our sins has been paid by His blood.
Study shows surge of bad disease genes in Europeans
By Maggie Fox, NBC News
A scan of all the mutations in the human gene map shows something surprising – people of European descent are evolving fast, and not for the better.
The study finds that in the past 5,000 years, European-Americans have developed a huge batch of potentially harmful genetic mutations – many more than African-Americans.
The study, published in the journal Nature, may help explain why so many people develop diseases even though they don’t have common genetic mutations. It can also help explain why different people have so many different reactions to the same drug, said Joshua Akey of the University of Washington in Seattle who led the study.
to continue article click HERE

Here are some good articles to help you put on your Biblical glasses when pondering the history of man:

More Mutations Mean More Diseases, Less Evolutionby Brian Thomas, M.S. *
The science of genetics continues to refute the notion that humans evolve by natural selection of beneficial mutations. One recent study used next-generation techniques to compare the detailed sequences of 202 genes in 14,002 people.1 They discovered that many people have rare, individual differences in their gene sequences. And those differences, or "variants," were probably caused by mutations and arose in the last few thousand or fewer years. The variants that everybody carries raise difficult questions for evolution to answer, while they confirm biblical creation.
Publishing in Science, the extensive gene survey discovered "an abundance of rare single-nucleotide variants compared with common variants."1 Rare variants include those that perhaps only one or two people or a family possesses, and common variants are DNA differences that are shared by larger people groups. The vast majority of variants are rare. What does this mean?
Continue article here: Mutations and Diseases

©Philcold | Dreamstime.com
Many evolutionary biologists say they can’t understand how creationists, “even rational ones with Ph.D.s in biology”,1 can deny evolution when “we see evolution happening in front of our eyes”. To them, the easily observable genetic changes in today’s populations of living things are an ‘obvious’ demonstration that microbes-to-man evolution is a fact. Just give it enough time, they say, and these observable little changes would accumulate, and, filtered by natural selection, would eventually add up to the big changes that turned pond scum into people, etc.

To find out, watch this short video clip:
What happened to the dinosaurs?

Dinosaur and Fossil Day at the Library

What kid doesn't love dinosaurs! We had on display artifacts showing man and dinosaurs living together. Plus, fossils from around the globe showing evidence for the flood of Noah's time.
Yes, the Bible can be trusted, from Genesis to Revelation.
May the birth of Christ this Christmas season bring new hope and refreshment to you! 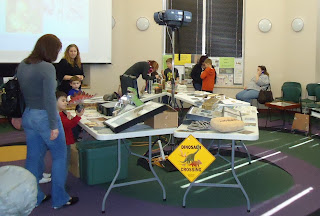 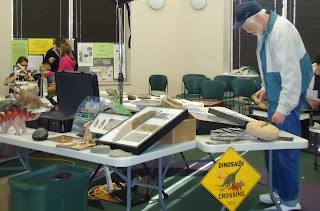 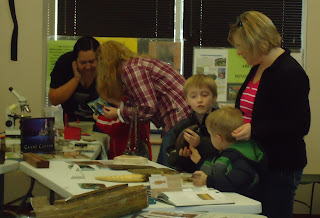 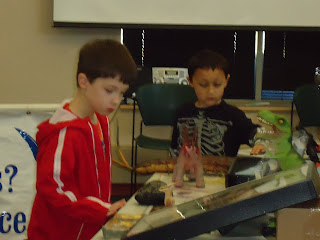