How old are fossils?

Fossil time ranges continue to expand up and down


For the last few decades, several creationists have been reporting on the vertical expansion of fossil ranges, interpreted as either ‘older’ or ‘younger’ in the geological column timescale. These finds are probably the tip of the iceberg, since we cannot go through all the relevant journals that would report range expansions. In fact, many of these issues likely go unreported because many ‘anomalous’ or ‘uninteresting’ fossils end up in the back shelves of museum collections, as Dr Carl Werner has discovered.1 As such, it is hard to know just how large the scale of this phenomenon is, though it is almost certainly more severe than reported in any literature, secular or creationist.
Some range expansions are quite large, such as moving the time boundaries by 50 to 100 Ma or more. Some examples are: the pushing back of eukaryote evolution one billion years;2 the discovery of grass in dinosaur dung from the Mesozoic;3 ‘sophisticated’, diverse mammals now found in the Mesozoic;4 and the origin of flowering plants may have been pushed back 100 Ma.5,6 Moreover, organisms that were thought to be extinct for many millions of years are found to be living, such as the Wollemi pine found alive in New South Wales, Australia.7 Archeological discoveries also contribute to the range expansions by indicating man was always smart, making it less likely he evolved.8
The evolution of sophisticated mammals is now compressed into a very short time. This points more to special creation than evolution which needs much time.
Many of these range expansions are not considered too significant, being only a matter of millions of years or from a fossil that is not used as an index fossil. Nonetheless, it still indicates that the fossil record is not precisely timed as evolutionists often make it out to be. Moreover, it accentuates the problem of stasis, revealing the ad hoc nature of much evolutionary storytelling about the fossils. Essentially, it shows that evolution and deep time act more as assumptions constraining their interpretation of the fossil record than as conclusions they draw from the fossil record.
To read entire article click here.
https://creation.com/more-fossil-range-expansions 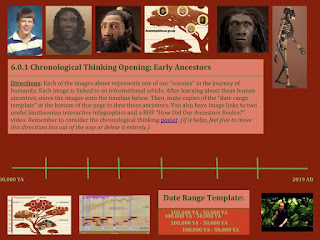 I sat in during a 7th grade social studies class today at Badger Middle School in West Bend, WI. The students are learning about "human evolution". During the class the students were to use the picture to the right and put in chronological order how "man evolved from animals". There were links to sites like the Smithsonian's, What Does it Mean to Be Human, page. The students were also told dinosaurs went extinct 66 million years ago during the K2 event in Mexico. One girl wisely asked the teacher,  "How do you know" it happened that long ago. The teacher said he wasn't sure; there could be more causes.
I say, good for that girl!! She wasn't swallowing the shallow statements.
Yet, the information was given with such authority;  no other explanations were allowed, and no evidence presented that contradicts what was presented.
One boy was making ape sounds during the class. I ask, if we tell kids they are animals won't they act like it? Yes, indeed!
I was not allowed to talk so I remained silent. After the class the staff member who escorted me to and from class asked how it went. I explained how I thought it went and asked him if he believed he evolved from apes. He shrugged his shoulders and would not answer me.
So, kids are taught as fact something the adults cannot even defend. Is this not indoctrination?

Why are kids not told that soft, stretchy tissues has been found in unfossilized dinosaur bones? That more and more scientists deny "Lucy" is our ancestor? That "Lucy" was a 3.5 foot chimp and was a tree dweller and not bipedal. That the bones found in the earth had no flesh or eyes in them but that artists make the bones look human? That it is a story made up to try and explain our origins without a Creator. That man evolving from a chimp through mutations and natural selection is mathematically not possible- and most scientists know it!

Well, as God grants us the opportunities we will continue to press on and speak the truth in love. Pray for us!
Posted by Profile at 3:13 PM 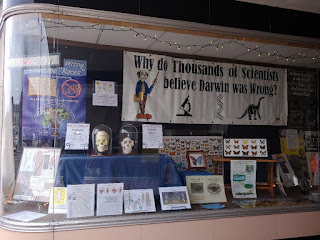 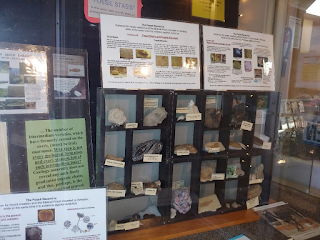 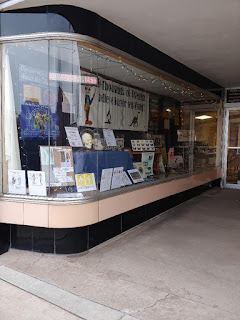 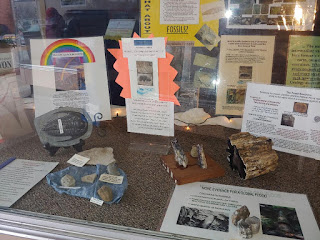 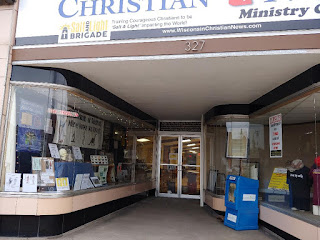 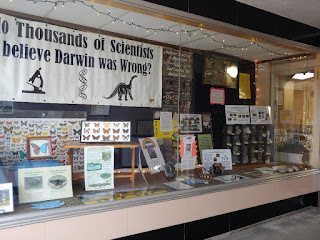 Back to Eden Organic Gardening Film

For more than a dozen years we have participated in county fairs, the WI state fair and other outreaches around the state. Our booth has been the highlight of many fairs and we are told, "it's the best booth at the fair".
Now, we are working on a mobile museum called Genesis Walk Museum that will display the history of the world and mankind. Genesis 1-11 will be highlighted. The promise of redemption given by God to Adam and Eve will be the culmination of the walk. Evidences will be displayed on the topics of the days of creation, Biblical kinds of plants and animals, dinosaurs, earth's history, Noah's flood, people groups and more.
Having a mobile museum will allow us to reach more people and attend more events.

Please contact me if you would like to help make this happen.
Email Mary @ whatstheevidence@gmail.com
Posted by Profile at 9:08 AM

Waking up to the beautiful snowfall this New Year's Day 2019 reminds me of freshness and newness, and it reminds me of Lamentations chapter 3 and God's faithfulness:
This I recall to my mind, therefore have I hope.
It is of the LORD’S mercies that we are not consumed, because his compassions fail not.
They are new every morning: great is thy faithfulness.

I always like to think about the pre-flood world as sort of a paradise, not Eden, but as much less harsh than what we live in today. No blizzards, no icy roads to travel down, no intense heat and humidity, food readily available, much longer lifespans, etc. Yet, as I read in Genesis 5 this morning, the text says that Noah's father, Lamech "called his name Noah, saying Out of the ground that the LORD has cursed, this one shall bring us relief from our work and from the painful toil of our hands"

Yes, life is difficult at times and we do toil to make a living and provide for our families, and "the world" bears down.
Find encouragement this New Year in the knowledge that His mercies are not consumed, His compassions fail not, His mercies and compassions are new EVERY morning.
Be thankful to Him for His faithfulness.