What's the Evidence? put up a beautiful fossil display at our local public library last week. Over the years we have collected some pretty neat fossils found worldwide, and in our fair booths we display them without shame as evidence for the Biblical Flood recorded in Genesis. I tweaked our posters to make them more friendly to the library patrons. In other words , the facts of fossils were spelled out, and The Flood evidences mentioned, but the Biblical references were mild, as you can see in the pictures.
Despite the display being impressive, yesterday, after the display being up less than a week, I received this email from one of the librarians: Hi Mary,  Our director has asked me to ask you if you would just take out the display in the bottom right corner with the Bible quote on it, as our policy states that we cannot have displays that do this:
"Religious or political materials which have the primary purpose to effect or proselytize for a single point of view."  You can read it on our policy page.   There have been a few complaints about it.  She didn't really want you to have to take that out, but it is a board policy - maybe I'll just take out your little business card too and keep it on my cart in case anyone is interested?


I emailed her back asking that she not remove anything until I speak with an attorney. She immediately wrote back assuring me that she would not take any of my display down until I contacted her. I then alerted an attorney from Liberty Counsel. He began to look into the issue and let me know that their policy is unenforceable  given their practice and the law.
This morning the librarian called me back and told me she talked with the director and board president and they determined I did not need to remove or cover any part of my display! Just the idea I was communicating with an attorney made them think twice about squashing my free speech. 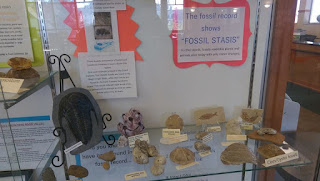 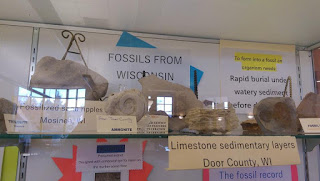 I'm in the process of an open records request to find out more about the nature of the "complaints". I'll keep you posted. 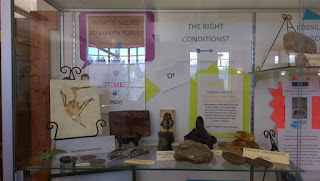 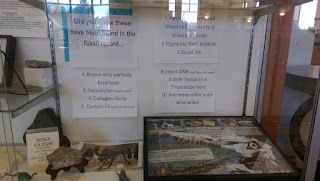 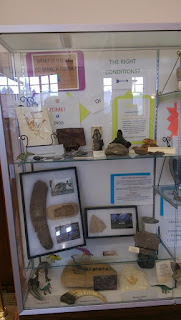 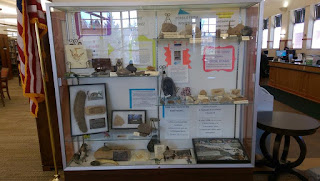 The library is now going to revisit their display case policy. I believe it is important to advoate for this, among other things, language to be included in the policy: "In carrying out this policy, library staff shall not engage in viewpoint discrimination on the basis of religious or secular viewpoint."
Feel free to contact library personel about this.
Amy Becker – Director abecker@west-bendlibrary.org
Board President:
Deb Bartnikowski–dbart.public@gmail.com
Update: 4/27/17 1650 pm
Through an open records request I found that one patron complained about the display being religious proselytizing. The teen service librarian then took photos of the display and emailed Amy Becker, the director, who then requested I alter my display and take down the Bible verses and the card that identified What's the Evidence? as the sponsor of the booth.